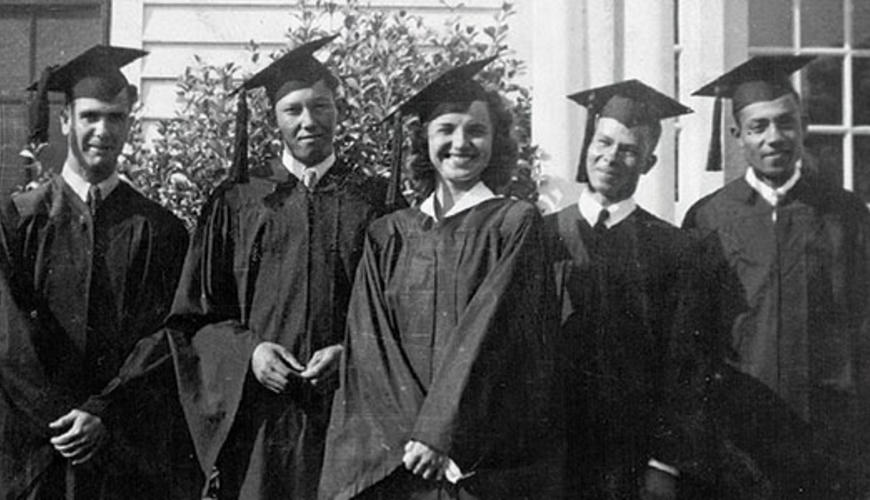 During the early years of the institution, Commencement spanned four or more days and was a huge campus and community event. The celebration typically included a baccalaureate ceremony; declamation, recitation and oratorical contests led by student literary societies; award presentations; a baseball game; student drama productions; and separate graduation ceremonies for the high school and normal/college graduates.

Pictured at the top of the page is the Class of 1940 - the first recipients of four-year baccalaureate degrees. From left are Conrad Oxendine, Joseph Sampson, Eteska Locklear Hunt, Dorsey Lowry and Charles W. Maynor. Not pictured is Inez Hunt Bell. 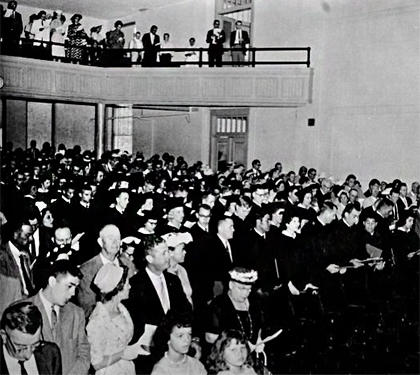 The May 1922 Commencement attracted more than 2,500 attendees. According to the May 22, 1922 edition of the Robesonian newspaper, “Considering the crowd and large number of automobiles, it was predicted that there would be more or less collisions or mishaps among the autoists, but nothing happened. It is true, however, that two buggies, each being pulled by a fine mule, became entangled on the campus. The result was a new wheel for the unlucky one.” 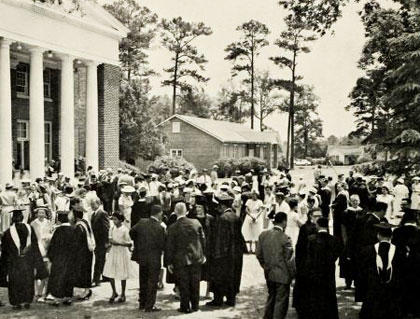 Notable events in the history of Commencement at UNC Pembroke