"Darkwater" is the literal Carolina Algonquian meaning of Lumbee, the American Indian tribe that built Pembroke and UNCP. UNCP started as the Croatan Normal School, a school to train American Indian teachers. Today, we are an extremely diverse campus with an active music department. By calling ourselves the Darkwater Festival, we tie ourselves to our place in North Carolina and to the Lumbee, a matriarchal culture with many strong women in its history.

Darkwater festival is a yearly event that brings together scholars, performers, composers, educators, students, and businesspeople from across the US. Our goal is to program music by womxn, discuss womxn’s issues, sponsor the creation of new compositions by womxn, and promote scholarship about womxn in music. Darkwater celebrates musical womxn, including transgender and non-gender binary musicians, but welcomes anyone to attend.

Looking for ways to get involved? To learn more about volunteering your time or making a tax deductible donation, email Sarah Busman at sarah.busman@uncp.edu. 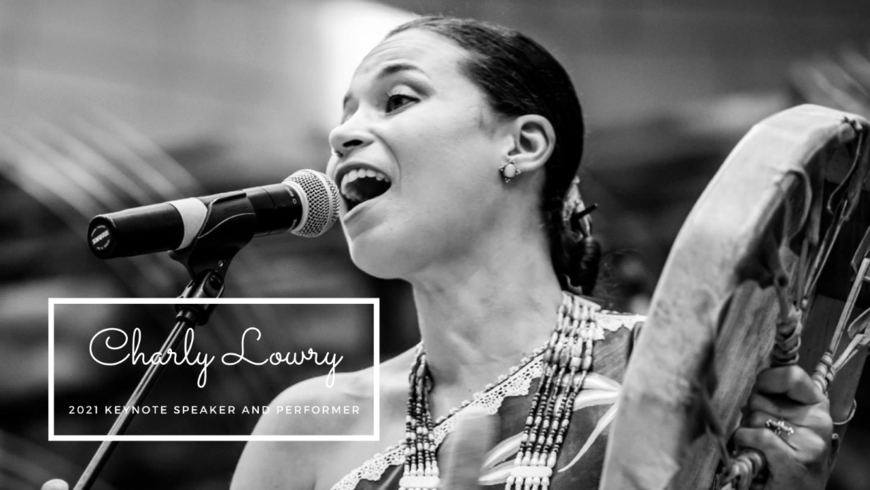 The 2021 Darkwater Keynote Speaker is Ms. Charly Lowry. Charly Lowry, a musical powerhouse from Pembroke, NC, is proud to be an Indigenous woman belonging to the Lumbee/Tuscarora Tribes. She is passionate about raising awareness around issues that plague underdeveloped and underserved communities. Since her teenage years, Charly has established a career as a professional singer-songwriter with unique passion and voice. In addition to performing solo, she is the front-woman for the band, Dark Water Rising.
Among her community, Native women are traditionally barred from the hand-drum, singing behind the men's drum and/or dancing instead. Lowry defies that norm, following in the footsteps of her mentor Pura Fé; choosing to battle with her songs, hand drum, and guitar to deliver songs that not only tell the plight of her people but all humankind that face oppression. Robeson County, her home, is one of the most diverse counties in the U.S., and Charly celebrates that diversity in all aspects of her life. While she may be familiar to some from her success as a semi-finalist on American Idol, she has maintained close ties to her Native American roots and culture. It is important to her to express the struggle, sacrifice, and obstacles her people have overcome throughout history.
She serves as a voice for her ancestors, as well as the youth of today, and remains committed to music that honors roots but lives vibrantly in the here and now. 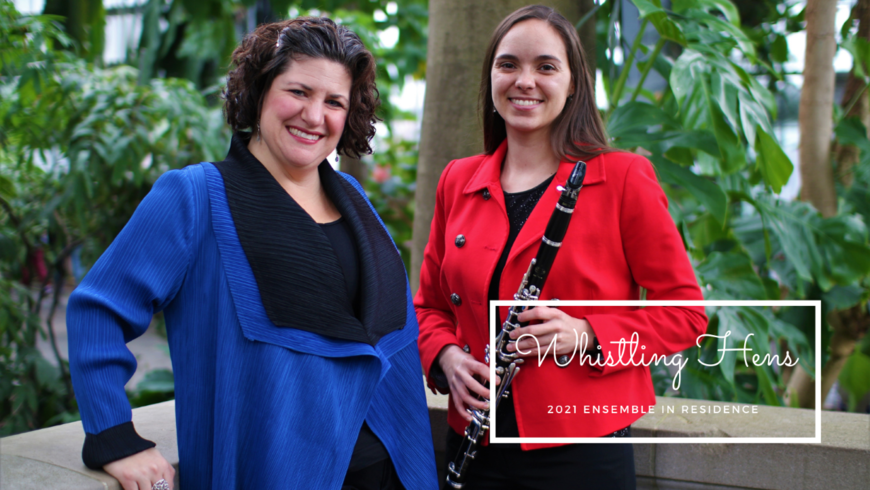 Whistling Hens was founded by Jennifer Piazza-Pick (soprano) and Natalie Groom (clarinet) with a vision to celebrate and advance the artistic accomplishments of women through an ensemble performing all female-composed music. Inspired by a quote from a male music critic who said of Lili Boulanger, "women composers are at best whistling hens,” the Whistling Hens duo was hatched. Our group performs and commissions music by women composers from around the world. In the past year, Whistling Hens has commissioned four new pieces and premiered three works to expand the soprano/clarinet repertoire.
When asked about their mission, the group has said, "When we ask people, even classical musicians, how many female composers they can think of, it is rare anyone can name more than one or two. We seek to change this through our programming, outreach, and commissions. Our work invites listeners to reflect on the impact male privilege has had on traditional music programming, question the status quo of gender inequality in the classical music community, and engage with music by women of various backgrounds."
In 2020, the Hens were awarded Chamber Music America’s esteemed Residency Partnership Program grant, as well as the M-Cubator Grant for Entrepreneurial Projects and a grant from Awesome Without Borders/The Harnisch Foundation. Whistling Hens has performed at Women Composers Festival of Hartford, Darkwater Women in Music Festival at UNC Pembroke, the American Library Association Conference in DC, and the District New Music Coalition Conference in addition to serving as an artist-in-residence ensemble at Avaloch Farm Music Institute. In September 2021, Whistling Hens will be the Darkwater Women in Music Festival's Ensemble in Residence, and as such we will perform the winning compositions from the Call for Scores.