On Stage for Youth Series

Educational programs that bring the classroom to the stage!

Please call the box office at 910.521.6361 to make group reservations. Tickets are sold on a first-come, first-served basis. Please provide the name of the school, contact person and number of students and chaperones. One chaperone ticket is complimentary with the purchase of ten student tickets. Any reservation not canceled one week prior to the performance will be billed to the school.

On Stage for Youth series is sponsored by Robeson Pediatrics 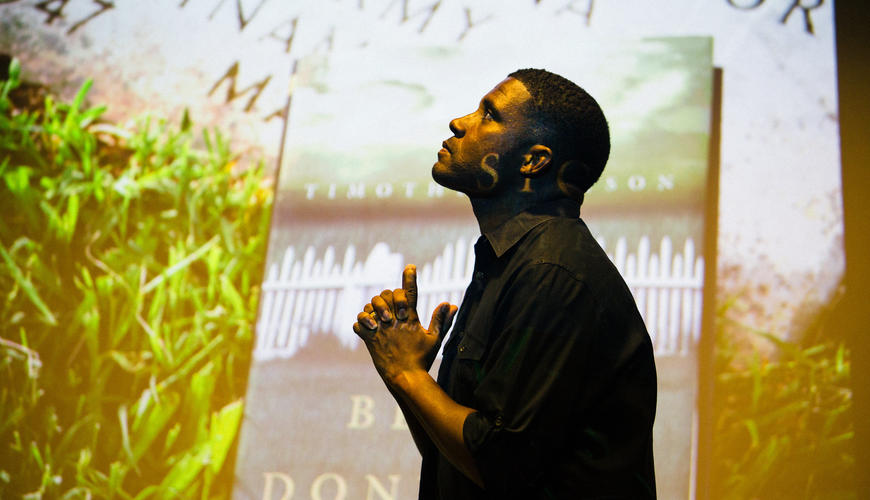 **This event was rescheduled from April 7. Tickets issues for that date will be honored on the new performance date.**

Mike Wiley brings to life the recollections of author Tim Tyson surrounding the 1970 murder of Henry “Dickie” Marrow in Oxford, NC. Marrow, who was black, was chased from a local store by three white men after reportedly making a crude remark to one of the men’s wives. They brutally beat Marrow then killed him in view of multiple witnesses.

Despite the eyewitness reports, an all-white jury acquitted the men. The town’s black community responded to the events with an uprising that destroyed businesses and warehouses holding at least a million dollars in harvested crops. Tyson, who was 10 at the time, recounts how the conflagration of events shaped his life and offers all of us an opportunity to examine our own roles in the complex and often confusing racial fabric of America.

Suggested for Middle School Ages and up.