Rudolph the Red-Nosed Reindeer: The Musical 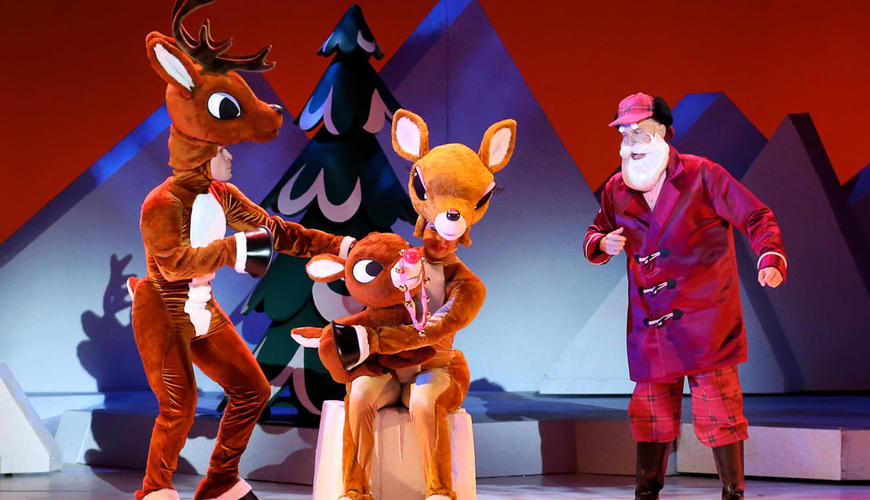 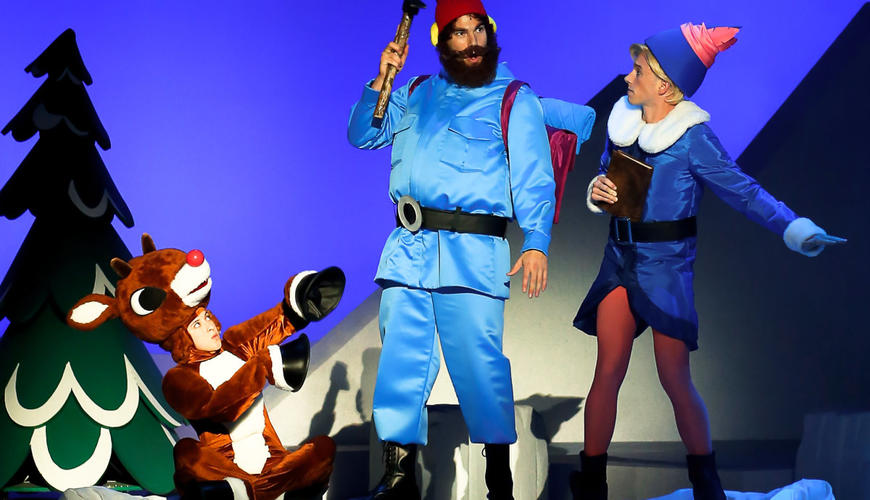 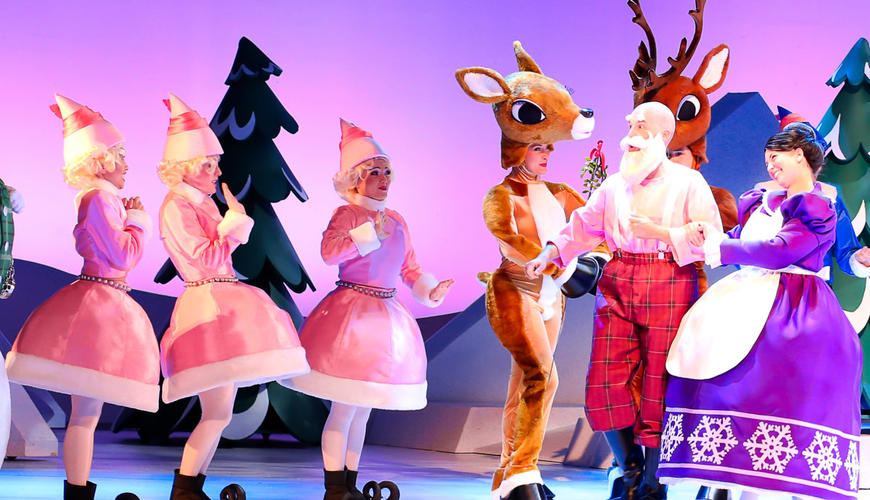 Rudolph, the most famous reindeer of all, will soar off the screen and onto the stage of Givens Performing Arts Center this December! Wishing Star Productions brings to life this faithful adaptation of the classic holiday story. Rudolph and his friends, Hermey the Elf and Yukon Cornelius, team up to help Santa save Christmas in a holly-jolly musical adventure for theater-goers of all ages!

In 1964, the beloved stop-motion animated television classic, Rudolph the Red-Nosed Reindeer, made its network television debut and has been delighting audiences across the country for over 50 years. “Rudolph the Red-Nosed Reindeer: The Musical is a wonderful new way to experience this family tradition,” says producing partner Jonathan Flom. “This show entertains and, at the same time, helps spread the important and timeless message that we should celebrate our differences.”

Projections, costumes and characters are faithfully brought to the stage against a backdrop of nostalgic set designs. The 12-foot-plus-tall Abominable Snow Monster is jaw-dropping. The cast brings high energy to classic songs and dialogue, while irresistible and loveable puppets highlight the charming “roughness” from the television show’s stop-motion effects. Flom says, “The familiar story elements from the television special are addressed with a talented cast and puppeteers who help recreate the magic on stage.” Since the special itself is a classic musical, the stage show does not feel at all like an adaptation and audiences are surprised and delighted when they see performances of songs such as “Fame and Fortune” and “Rockin’ Around the Christmas Tree” that are heard but not performed in the TV special.

The story tells the tale of a young Rudolph who, because of the appearance of his bright, shining nose, is excluded from the Reindeer Games. He flees Christmastown and meets up with new friends Hermey the Elf and Yukon Cornelius.  After finding The Island of Misfit Toys, Rudolph journeys home, where a snowstorm of epic proportions is threatening Christmas. Can Rudolph rescue his family and friends and help Santa save the holiday?

Rudolph’s partnership with PACER’s National Bullying Prevention Center continues this year.  The show offers a free toolkit to teachers that leverages the powerful messages from the Rudolph story to teach important character values.  In addition, a portion of proceeds from sales of the new book, T.E.A.M. Rudolph and the Reindeer Games, will be donated to PACER.

Sponsored by Arnold’s and Village Station