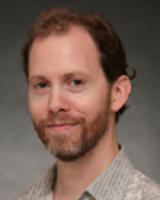 Terence joined the Mass Communication Department faculty in Fall 2008. He teaches courses in television production, video editing and writing.  He is the recipient of a 2017 UNCP Outstanding Teaching Award.

Working in television production since 1994 and higher education since 2003, Terence is experienced in producing, directing and editing in the studio and field. He has won awards for his work, including two Bronze Awards from the Long Island Advertising Council in 2008.

Terence was Production Assistant for TCI Cable of Brookhaven, at that time part of the largest cable television provider in the nation. He became Production Manager, responsible for overseeing facilities and staff. While with TCI, Terence directed studio productions, including talk, infomercials and music/variety, as well as programs, PSAs and commercials shot on location. While with TCI, Terence won a Gilbert Award for Best Public Affairs Programming from the New York State Cable Television Association and two Folio Awards for Best Public Service Announcement from the Long Island Coalition for Fair Broadcasting.

Terence worked as a freelancer in sports programming, including as audio engineer for Newsport Network's Scoreboard Central and director for WLNY-TV. As an independent producer, he provided video services for New York City's Central Park Summer Stage, produced and directed Act One,a sketch/music variety program and directed segments for the Princess Grace Awards, among other projects.  He continues to freelance in videography for high school football, professional wrestling, and other programming or projects in the Florence/Myrtle Beach market.

Terence came to UNCP from the Department of Television and Radio at Brooklyn College where he was an adjunct professor. Terence directed "The Mystery of Anna O," an adaptation of Jerome Coopersmith's stage play for Brooklyn College and segments of the 2007 President's Concert for CUNY-TV.