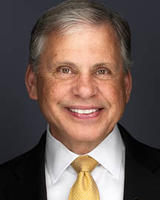 During his leadership, UNCP has increased access to a high-quality education through the NC Promise Tuition Plan, expanded academic opportunities through institutional partnerships, enhanced the university’s role in regional economic development and set records for philanthropic giving. With Chancellor Cummings’ vision for the university, UNCP is advancing its vision of  Changing Lives Through Education  and broadening its impact across southeastern North Carolina and beyond.

Chancellor Cummings earned his undergraduate degree in zoology from the University of North Carolina at Chapel Hill, where he was a James M. Johnston Scholar and founding member of the Carolina Indian Circle. He then attended Duke University Medical School as a UNC Board of Governors Medical Scholar and Henry J. Kaiser Merit Scholar, earning the Sandoz Award for Basic Science Research and the National Library of Science Award. After receiving his medical degree in 1983, he interned in surgery and completed residencies in general surgery and cardiac surgery at Duke University Medical Center. During this period he earned a National Research Service Award enabling him to complete a two-year research fellowship in cardiothoracic surgery.

Dr. Cummings practiced cardiothoracic surgery at the Pinehurst Surgical Clinic and Moore Regional Hospital, where he chaired the Division of Cardiothoracic Surgery and Section of Cardiovascular and General Surgery. After retiring from surgery, he remained active in the work of the hospital, serving on the Moore Regional Hospital Board of Trustees and chairing the FirstHealth Moore Regional Hospital Foundation. He subsequently served as medical director and executive director of Community Care of the Sandhills, a regional healthcare organization that case-managed 75,000 Medicaid patients across seven counties and coordinated services provided by more than 100 primary-care practices.

In March 2013, Dr. Cummings joined the NC Department of Health and Human Services as Director of the NC Office of Rural Health and Community Care. Six months later, he was named Deputy Secretary for Health Services and Acting State Health Director. In February 2014, he was given additional responsibility for the Division of Medical Assistance, overseeing Medicaid delivery for more than 1.8 million low-income parents, children, seniors and people with disabilities who cannot afford health care.

Active in professional and civic activities, Chancellor Cummings is a former chairman of the UNC Pembroke Board of Trustees, has chaired the UNCP Foundation board, and has served on the UNC-Chapel Hill Board of Visitors. The founding chair of the NC American Indian Health Board, he also has chaired the Commission on NC Indian Health and served on the NC Council on Developmental Disabilities and the NC Rural Center board. He currently serves on the Institute for Emerging Issues National Advisory Board and the Southeastern Health Board of Trustees. His honors include the 2016 John. L. Sanders Student Advocate Award from the UNC Association of Student Governments, the 2014 Presidential Award from the NC Academy of Family Physicians and the Visionary Award from NC Prevent Blindness.

Given his background in health care, Dr. Cummings is leading UNCP in the development of a new College of Health Sciences, leveraging the university’s ability to address urgent workforce needs in health care in the region and beyond. The College combines existing departments of social work, nursing, counseling and kinesiology with the goal of adding occupational therapy, physical therapy, optometry and nurse practitioner programs. Established August 2018, the College is already making a difference in health outcomes by educating more than 1500 students who will become professionals qualified to meet the unique needs of Southeastern North Carolina.