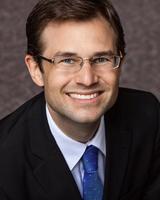 Since debuting with the St. Louis Symphony Orchestra at the age of fifteen, pianist Mark Tollefsen has fashioned an international career as both a soloist and chamber musician, performing in twelve European countries, South Korea, as well as across the United States.

His performances have been presented within numerous concert series and festivals, collaborating with Grammy Award-winning ensemble eighth blackbird as well as members of the Cleveland Orchestra, Cincinnati Symphony, National Symphony, Lexington Philharmonic, and New World Symphony. Recent highlights include a solo recital in New York at Steinway Hall, a solo recital tour of Florida with performances at Florida State University, Jacksonville University, and Florida A&M University, and a recital at the 2019 International Conference of the College Music Society in Ghent, Belgium. He has also been presented at the University of Michigan, Indiana University, Luther College, Temple University, the UNC School of the Arts and UNC-Greensboro.

Praised for his “tremendously lucid and effortless performances” and as an “exciting discovery” by Fanfare Magazine, Dr. Tollefsen has been a strong advocate of new music. This advocacy has included performances of more than one hundred works by living composers and more than thirty world or regional premieres. His discography includes eight discs for Ablaze Records, Blue Shore Music, Rick Sowash Publishing Co., and MARK Records. The most recent releases, “Millennial Masters, Vol. 8” on Ablaze Records and “American Experiences,” feature premiere recordings of works by David Lipten and Frederic Rzewski, respectively.

A devoted educator, he has taught piano to undergraduate and graduate music majors at the University of Cincinnati’s College-Conservatory of Music, served as a Visiting Lecturer in Music at Ohio Northern University, and was an Assistant Professor of Piano and Music Theory at Kentucky State University and Viterbo University in La Crosse, Wisconsin. He is currently an Assistant Professor of Piano at the University of North Carolina at Pembroke. A native of St. Louis, he received a Bachelor of Arts degree from Washington University in St. Louis and a Masters of Music and Doctor of Music degree from the University of Cincinnati’s College-Conservatory of Music, under the guidance of Michael Chertock. For more information, visit his website at www.marktollefsen.com.