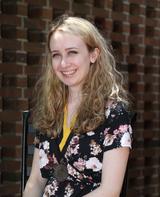 Megan Brinson, from Richlands, North Carolina, graduated in May of 2019 with degrees in music and sociology. In 2015, Megan, then an incoming freshman, was awarded the Maynor Scholarship from the Honors College. In the fall of her junior year, she completed an independent study in feminist theory and then presented her work titled, “Men Don’t Play Flutes: A Feminist Analysis of Gender and Music,” in the spring at the annual PURC Symposium on UNCP’s campus. Musically, Megan is proud of her performance during both her junior and senior recitals and all of her hard work throughout the years. During her time at UNCP, she has practiced on both the viola and violin, two challenging instruments. Megan said, “The honors college encouraged me to push myself within my academics and my music.” The Honors College provided her with enhanced learning opportunities that enabled Megan to complete her independent study and senior project and also prepared her for graduate school.

Megan worked with Dr. Brooke Kelly to complete her senior project, which focused on the experiences of women within the classical music field. Feminism within the music industry has been an interest of Megan’s for a while. Building on the thesis mentioned above, she wanted to discuss the ways women have been underrepresented in classical music, historically and in the current environment. The thesis is titled, “Girls Don’t Play Tuba: A Phenomenological Analysis of Women in Music.” For this project, Megan researched and interviewed classically trained female musicians. She hopes that her thesis will bring to light the overwhelming imbalance of gender within the classical music field.

After graduation, Megan is attending NC State University to obtain her Ph.D. in Sociology. In her free time, she hopes to continue playing classical music with local orchestras and chamber groups. She encourages honors students to, “venture out and explore new paths in order to find your passions.” Megan came to UNCP headstrong and focused on her musical studies, but after taking sociology her freshman year she found a new interest that led her to a double major and her eventual career path. UNC Pembroke provided many noteworthy moments for Megan, but her greatest memory of her undergraduate career was playing alongside her roommate, Kayla Benson, a fellow honors student, during their joint junior recital. Megan said, “Putting so much work into the recital was rewarding, especially seeing how proud my friends and family were.” Being able to work and perform with her best friend and roommate since freshman year is a memory she will cherish forever. Megan remembers her time at UNCP fondly and will always be proud to be a Brave!