U.S. Sen. Richard Burr will deliver the commencement address at The University of North Carolina at Pembroke’s spring undergraduate ceremony.

The ceremony will be held on the south quad lawn on May 5.

Long-time UNCP nursing professor Dr. Cherry Maynor Beasley has been named the keynote speaker for the graduate ceremony on May 4. Beasley, the Belk Endowed Professor in Rural and Minority Health, is the recipient of the 2017 Award for Excellence in Teaching.

Burr, a Republican from Winston-Salem, was first elected to the U.S. House in 1994, where he served for 10 years before being elected to the Senate. He is currently serving in his third Senate term representing North Carolina.

Burr serves as chairman of the U.S. Senate Select Committee on Intelligence. He is also a member of the Health, Education, Labor and Pensions Committee and the Finance Committee.

Burr is a graduate of Wake Forest University and a recipient of the university’s Distinguished Alumni Award.

Dr. Jim Jones, chairman of the UNCP Board of Trustees, said Burr’s visit will shine a spotlight on the university.

“Anytime you get a national leader like Sen. Burr to come to campus, people start asking about the university and this gives us a chance to tell our story,” said Jones, a fellow Wake Forest grad.

“The board is enthusiastic and very pleased that Sen. Burr accepted [our] invitation and we look forward to a very successful graduation speech.”

Burr has been a friend of UNC Pembroke for many years, giving the commencement speech in 2005.

Burr will be introduced during the commencement by Lumbee Tribal Chairman Harvey Godwin Jr. The veteran senator has been a supporter of federal recognition for the Lumbee Tribe which was recognized by Congress in 1956, but was prevented eligibility to services that other federally recognized tribes receive.

He has introduced bills that would extend full recognition to the 65,000 member tribe. He has also testified before the Senate Indian Affairs Committee arguing that denying recognition is nothing short of discrimination.

Burr was instrumental in funding and relief aid efforts in Robeson County in the wake of Hurricane Matthew. He visited the county’s emergency operation and he and his wife, Brooke, met with storm victims at shelters set up at Purnell Swett High School and the Bill Sapp Recreation Center in Lumberton. 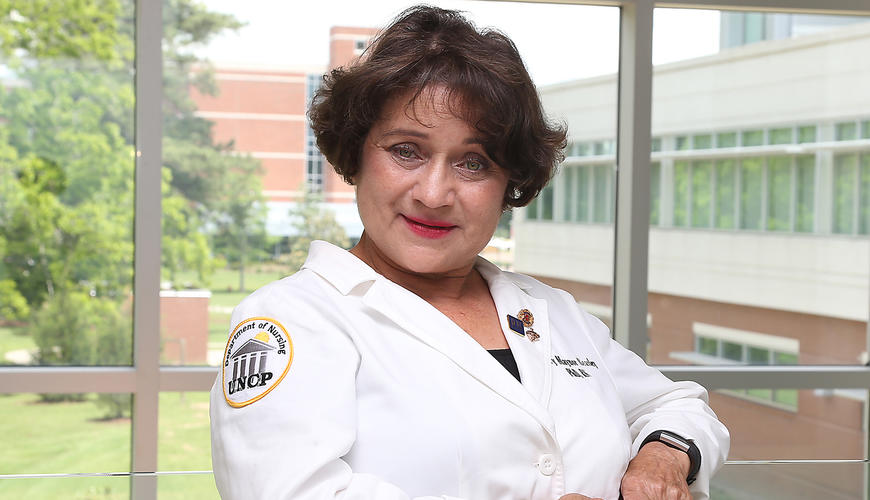