Grammy-nominated artist Rapsody will be the keynote speaker at the Women’s Leadership Conference on November 2.

The conference will be held at 3 p.m. at the University Center Annex. It is free and open to the public.

The Women’s Leadership Conference, sponsored by Campus Engagement and Leadership, aims to provide speakers, discussion panels, and networking opportunities that educate participants in leadership competencies relating to taking concrete and meaningful action, particularly for causes and issues relating to women.

Participants of the conference will be able to learn from faculty, staff, and students in breakout sessions, focusing on ways to develop, cultivate, and create change in a community.

The conference will conclude with a networking dinner that will allow participants and presenters to make connections and connect on a personal level.

Marianna Evans, better known by her stage name Rapsody, is from Snow Hill, N.C. and a graduate of N.C. State University. Her talk will examine the ideas of taking action and affecting change through music.

Rapsody is an emcee signed with producer 9th Wonder for Jamla Records and Jay-Z’s Roc Nation. With several projects, a critically acclaimed debut album in 2012, and the lone guest rap feature on Kendrick Lamar’s To Pimp A Butterfly, she is quickly establishing herself as one of the best emcees of this generation.

She has worked with some of the biggest legends and newcomers in the business, ranging from the likes of Erykah Badu, Raekwon, Big Daddy Kane, and Marsha Ambrosius to Estelle, Kendrick Lamar, Mac Miller, and Big K.R.I.T.

In 2012, Rapsody was included in Hot 97’s list of "Who's Next" artists of the year, featured in The Source Magazine's "Rising Venus" list of female artists, and named an official BET Music Matters artist. In 2013, Rapsody released her highly anticipated mixtape, She Got Game, hosted by DJ Drama and featuring Jay Electronica, Common, Ab-Soul and DJ Premier.

In 2016, Rapsody was invited to the White House by President Barack Obama and Herbie Hancock to perform at the International Jazz Fest and graced the stage alongside Aretha Franklin, Terrace Martin, Robert Glasper, and Terri Lyne Carrington in honor of the late Prince.

In 2017, she solidified her place in songwriting and music with the release of Laila’s Wisdom. The project went on to earn her a nomination for Best Rap Song, and made Rapsody the only female nominee for Best Rap Album at the 60th GRAMMY Awards and only the fifth ever in the category’s 23-year history.

To register for the conference, please visit https://uncp.campuslabs.com/engage/organization/leadership/events 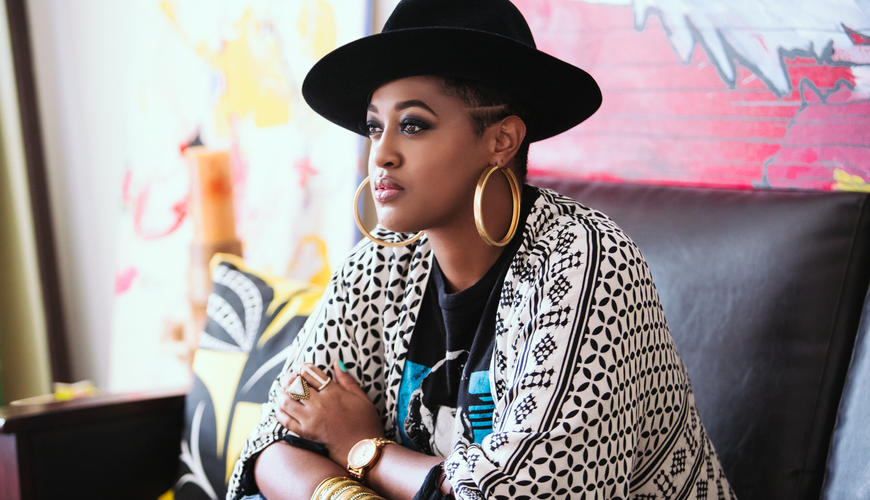