Dr. Tiffany Locklear embarked on her educational journey in 2003 after being awarded the prestigious Gates Millennium Scholarship.

Taking full advantage of her opportunity, Locklear received her undergraduate and graduates degrees from UNC Pembroke and a doctorate degree from UNC Wilmington.

Fast forward 15 years. Locklear is now on the faculty at UNCP. Last month, the Prospect resident received an invitation to meet the infamous founders of the scholarship that transformed her life.

On April 24, Locklear and a select few scholars dined with Bill and Melinda Gates during a scholarship event in Seattle, Wash.

“To actually meet Bill and Melinda Gates was beyond a humbling experience,” she said.  “To thank them personally and share my story is indescribable.”

Locklear earned a bachelor’s and master’s degree in Elementary Education from UNC Pembroke. She completed an add-on administration licensure and a doctorate in Educational Leadership: Curriculum and Instruction from the University of North Carolina at Wilmington.

She taught in the Public Schools of Robeson County and served as an assistant principal before joining UNCP faculty as a lecturer in the School of Education in January.

She also serves as a university supervisor for student interns. She is married to Terry Locklear, an instructional designer with UNCP’s Online and Distance Education Office.

A member of the Lumbee Tribe, she wants to inspire American Indian youth.

“If I can come from the rural community of Prospect to dining with Bill Gates and sharing my story with Bill and Melinda, other American Indian youth can too.” 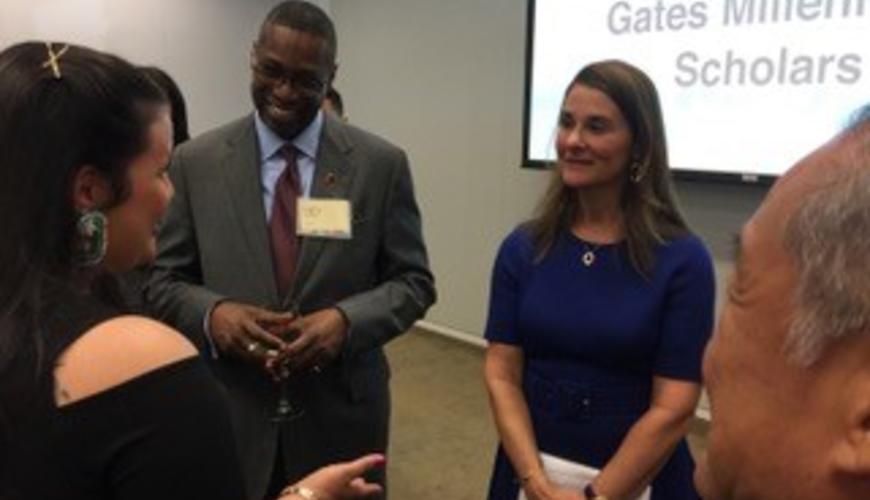