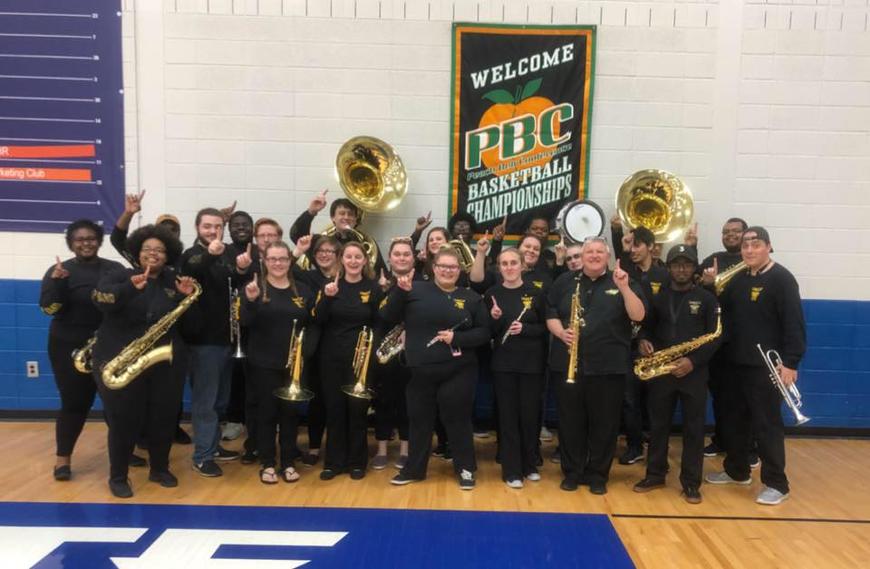 After marching season ends, the UNCP band gears up for basketball season. The UNCP Pep Band consists of mostly members of the SOTC, though non-marchers are welcome to sign up and participate  (depending on instrumentation needs).  Sign-ups occur near the end of marching band season, and the pep band begins attending basketball games in January. The band performs at all home men's and women's basketball games and supports the team(s) at the Peach Belt Conference tournament over spring break in March. The goal of the band is to provide an exciting atmosphere for the players and fans of UNCP basketball.