The Virtual Diversity Series bridges the virtual gap between social distancing and celebrating the rich diversity of the UNC Pembroke community.

The webinar can be accessed by clicking the link below. Viewers are recommended to use Google Chrome and Safari browsers to access the live webinars. A WebEx plug-in may need to be installed when using other browsers. View the archived webinars by visiting https://vimeo.com/channels/VirtualDiversity.

Dr. Malinda Maynor Lowery and Dr. Arwin Smallwood will facilitate a discussion titled "Sharing Black and Native Histories" where they explore and discuss the shared histories and experiences of American Indians and African Americans in the United States, particularly their efforts to combat and abate White supremacy and social injustice. They will also delve into how American Indians, Africans and Europeans shaped the history of North Carolina.

The event is co-sponsored by the REACH Program and the Office of Student Inclusion and Diversity.

Dr. Malinda Maynor Lowery is a historian and documentary film producer who is a member of the Lumbee Tribe of North Carolina. She is a Professor of History at the University of North Carolina at Chapel Hill and Director of the Center for the Study of the American South. Her second book, The Lumbee Indians: An American Struggle, was published by UNC Press in 2018. The book is a survey of Lumbee history from the eighteenth century to the present, written for a general audience.

Vanessa Hawes, the interim director and ADA/504 coordinator for the Accessibility Resource Center at UNC Pembroke, will share information about American Sign Language, deaf culture and some basic signs and conversational phrases. She has a B.A. in American Sign Language studies and an M.A. and Ed.S. in mental health counseling, both from Gardner-Webb University. Vanessa has worked as an interpreter in community and mental health, religious, and higher education settings.

The event is co-sponsored by the Accessibility Resource Center and the Office of Student Inclusion and Diversity.

As a student and educator, Dr. Locklear's passions include culturally relevant curriculum, working with American Indian youth councils, college and career counseling, and supporting educators in the classroom.

The session is co-sponsored by the Office of Student Inclusion and Diversity and the Southeast American Indian Studies Program.

Kenneth Clark, Jessica R. Locklear and Dr. Ashley Minner will explore the migration of Lumbee Indians to the urban centers of Baltimore, Detroit and Philadelphia during the post-World War II economic boom and how these Lumbees created institutions, such as churches and American Indian centers, as a way to maintain their Lumbee identity and create a home away from home.

Clark (Lumbee) is the cultural enrichment specialist for Indian Education Program with the Public Schools of Robeson County. His master’s thesis, titled “Lumbee Indian Migration to Detroit and Their Success in Adjustment”, focused on the reasons for the migration and how successful the Lumbee’s were in adapting to an urban setting versus the rural setting of their homeland.

Locklear (Lumbee) is a first year Ph.D. student in the Department of History at the University of North Carolina at Chapel Hill. Her master's thesis documented the history of Lumbee migration to Philadelphia and the community that was established there.

Dr. Minner (Lumbee) is a community based visual artist from Baltimore. Her doctoral dissertation examined the establishment and history of the Lumbee community in Baltimore.

The session is co-sponsored by the Office of Student Inclusion and Diversity and the Southeast American Indian Studies Program.

The archived webinars be accessed by clicking the link below or visiting https://vimeo.com/channels/VirtualDiversity.

Lakota John is an old soul with a love for the blues. He is a talented musician from southeastern North Carolina, who grew up listening to his dad’s music library. At 6 years old he picked up harmonica, and at age 7 guitar. Lakota John learned to play guitar left-handed, in standard tuning, and was intrigued by the sound of the slide guitar. At age 10, he bought himself a glass slide, placed it on his pinky finger and he has been sliding over the frets ever since.

Lakota John blends traditional styles of the Roots, Blues, Ragtime and Jazz with slide guitar, banjo and mandolin. He adds in a bit of harmonica, and mixes in part of his Indigenous heritage with sounds of the Native American flute.

Lakota John was nominated for an American Music Awards for Best Blues Recording, and recently won a Carolina Music Award in the Best Americana/Bluegrass Category. He won first place in the 2019 Road to Memphis PBPS Blues Challenge Solo/Duo Competition and made 2020 semifinals in Memphis at the International Blues Challenge.

The presentation examines the development of African American culture(s) as a tripartite amalgamation of various African, Indigenous American and European cultures. Music, dance and cuisine serve as markers to identify convergences and divergences of those cultures towards and away from one another. Also, they also serve as ways to track migration patterns, cultural production, cultural perpetuations and cultural appropriations. In short, music, dance and cuisine serve important pillars in defining African American culture(s).

All staff with UNC Pembroke’s Office of Global Engagement, Brandt is the study abroad coordinator, Dressen the interim assistant director/immigration specialist and Liu the coordinator for the Asian Program.

Dr. Marvin “Marty” Richardson, a Haliwa-Saponi Indian historian and linguist, will facilitate a discussion of the basics of the Tutelo-Saponi (American Indian) language.

Dr. Richardson is a citizen of the Haliwa-Saponi Indian Tribe and has been involved in Native issues in various capacities his entire life. He currently serves as a communication and technical assistant specialist for Wopila Consulting, LLC. In this role, Dr. Richardson provides technical assistance for grantees under the Substance Abuse and Mental Health Services Administration Native Connections grant. He formerly served as the project director for the Haliwa-Saponi Historic Legacy Project. Finally, Dr. Richardson is an adjunct professor in the American Indian Studies Department at UNC Pembroke, where he teaches American Indian history.

Dr. Richardson holds a B.A. in American Indian studies from UNC Pembroke, a M.A. in anthropology from Indiana University and a M.A. and Ph.D. in history from UNC-Chapel Hill. His work centers on Haliwa-Saponi history and cultural revitalization, including the Tutelo-Saponi Language, which began with a need to make powwow song phrases for the Stoney Creek Singers, an internationally known singing group that is based in his hometown of Hollister, NC. He has shared his vast knowledge of tribal language, customs, history and singing with Natives and non-Natives at various workshops, presentations and festivals throughout North America. 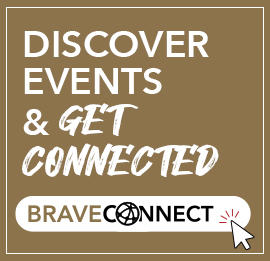