The Counseling and Psychological Services (CAPS) earned accreditation from the International Association of Counseling Services (IACS) in 2014.  IACS is the principal accrediting body for university and college counseling services with only 200 colleges and universities accredited. The association sets standards for staff levels, types of services offered, meeting ethical guidelines, collaboration within and outside the university community, quality of service and appropriate credentialing of the professional staff. It is the stamp of approval for the quality and standards of care that students receive.

University of North Carolina--Pembroke was ranked #1 by U.S. News & World Report as the most diverse institution in regional universities (South) for 2014-2015. The diversity index is 0.68.

University of North Carolina--Pembroke was ranked #72 of the Best for Vets: Colleges 2016 by Military Times.  This is the sixth year that UNCP has been named Best for Vets based on the results of Military Times’ annual survey, the most comprehensive school-by-school assessment of veteran and military student services and rates of academic achievement.

University of North Carolina--Pembroke was awarded by Military Advanced Education & Transition (MAE&T) as the top school for military in 2016. The result was designated in the “2016 Guide to Colleges & Universities.” The guide measures best practices in military and veteran education.

University of North Carolina--Pembroke was awarded by G.I. Jobs as the military friendly institution in 2016. This the 7th year that UNCP has earned the award. The ranking factors are based on on-campus military support, credit acceptance, school offered tuition assistance, spouse and dependent and flexibility.

University of North Carolina--Pembroke earned the prestigious Community Engagement Classification by Carnegie Foundation for the Advancement of Teaching in 2014.  UNC Pembroke is one of only 240 colleges and universities in the nation to earn the award. Service-learning incorporates civic engagement and community outreach into the classroom. According to the 2014 Carnegie report, UNCP offered 38 service-learning courses with 653 students, a significant increase from 2008 with seven service-learning courses and 250 students.

BEST BANG FOR THE BUCK (SOUTHEAST)

University of North Carolina--Pembroke was ranked # 7 as the Best Bang for the Buck - Southeast in 2015. The ranking was from a book titled The Other College Guide: A Roadmap for the Right School for You. The ranking is based on the best value of money in terms of "net" (not sticker) price, how well they do graduating the students they admit, and whether those students go on to earn at least enough to pay off their loans.

University of North Carolina--Pembroke graduates ranked in the top 100 for career outcomes among more than 1,200 colleges and universities in 2014. The ranking was based on Educate to Career College Ranking Index. The index analyzed employment, salaries, percent of graduates employed within one year of earning their degree, number of years to graduate, tuition costs, student debt and loan default rates.

University of North Carolina--Pembroke has earned a STARS Bronze Rating in recognition of its sustainability achievements from the Association for the Advancement of Sustainability in Higher Education (AASHE) in 2016. UNCP is one of twenty-two universities in North Carolina to have successfully participated in the STARS program. AASHE’s STARS program is the most widely recognized framework in the world for publicly reporting comprehensive information related to a college or university’s sustainability performance. Participants report achievements in four overall areas: 1) operations 2) academics, 3) engagement, and 4) planning administration. 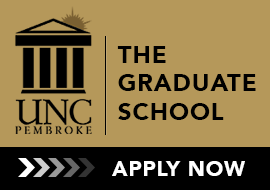 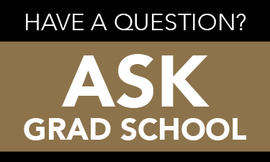